Business appears to be booming as trucks are loaded with produce for distribution but the farm’s founder, Markus Chin, is not entirely satisfied.

“We would love to get our hands on automated hardware such as a robotic harvester, which would cut down our labour costs, or a weather station device that can tell us the best time for planting, fertilising and irrigation based on historical data,” he told Al Jazeera.

Topping his wish-list is a precision spraying machine that uses artificial intelligence, which promises to decrease pesticide use through more efficient allocation and prevent herbicide resistance.

“But all this is just too expensive right now,” Chin said.

Across Southeast Asia, farmers like Chin are waiting for agriculture technology – or agritech – to become more affordable. They also need help raising funds to buy such solutions.

And startups are listening. A small but growing number of Asian tech firms – specialising in both hardware and financial technology – are now rolling out innovative products tailored to the specific needs of farmers in the region.

Disruptive solutions – such as smart sensors that collect data on soil and crop growth, or drones that provide imagery of field conditions – are believed to increase farm productivity. But they all carry hefty price tags, with some drones costing more than $1,000 each.

That price is unrealistic for many average-sized farms in the region, which are not as big as their Western counterparts and have significantly smaller budgets.

Experts, however, say there is an urgent need for the region to adopt agritech.

Asia is urbanising faster than any other region and, by 2030, it will house 65 percent of the world’s middle-class population, according to a report by PwC, Rabobank and Singaporean state investment firm Temasek released in November.

But the agriculture industry may be unable to keep up, it warned.

New technologies must be deployed “to increase yields, reduce the environmental impact of farming, improve the safety, traceability and nutritional value of food, reduce waste, shorten the supply chain and bring food to consumers in their increasingly urban settings”, it recommended.

Entrepreneurs are paying close attention to the issue of food security. A wave of Southeast Asian agritech start-ups have launched products and solutions in recent years, with nearly half of existing players founded in the last three years, according to Grow Asia.

Businesses range from hardware-focused models such as Myanmar’s Tun Yat, an app that allows farmers to rent equipment from machinery suppliers, to service-oriented solutions such as Brunei’s AgromeIQ, whose software provides farms with business intelligence.

Agriculture-focused e-commerce is another growing sub-industry in the region. Indonesia’s TaniGroup runs a platform called TaniHub that enables farmers to connect directly to businesses and consumers.

“A lot of the opportunities for digitisation in Southeast Asia are in the downstream sector, where there are more inefficiencies than upstream,” Paul Voutier, director of knowledge and innovation at Grow Asia, told Al Jazeera. Downstream activities include the production and distribution of crops, while inputs such as seeds and fertilisers constitute upstream activities.

Voutier views agrifinance as the most valuable area for startups. “Farmers don’t have access to a variety of loan products. They typically pay high rates of annualised interest, around 40 percent, when they get credit for items such as fertilizer because their only source of capital is the retailer selling them the product or the trader who will buy their crops.” 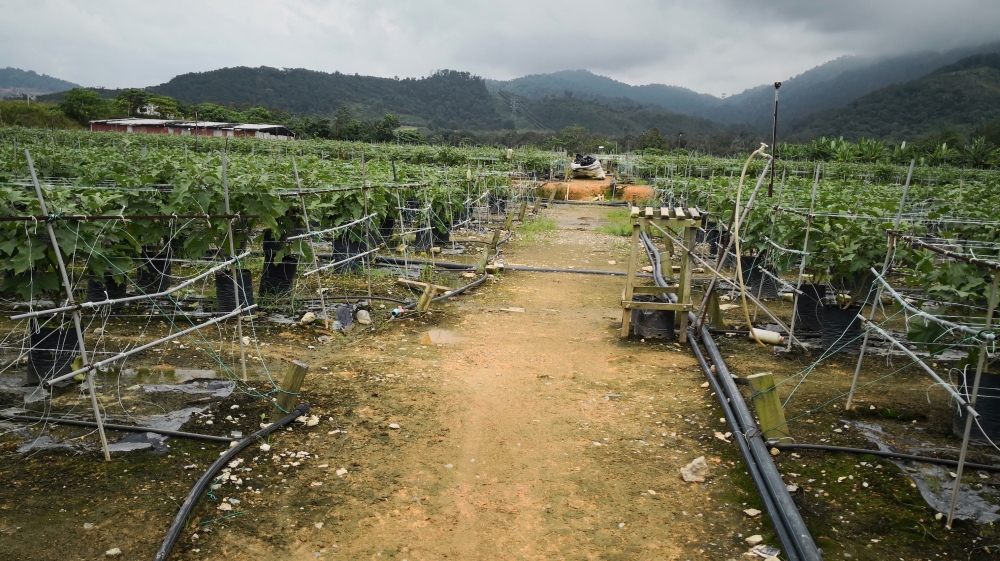 Peer-to-peer (P2P) lending platforms such as Cropital in the Philippines and Indonesia’s CrowdE are now bridging that gap by making financing more affordable for farms, Voutier said. Once farms have access to more sustainable loans, they can afford drones and other hi-tech solutions, he added.

Aside from the cost of agritech, farmers point to other hurdles that hinder widespread adoption.

A shortage of skills is a big challenge, said Shinnou Farms’ Chin. Farms need to train workers to use advanced technology and may also need to hire experienced agronomists to convert raw data to usable information, all of which are additional costs, he told Al Jazeera.

Moreover, agritech may only be valuable for certain kinds of crops.

“Agritech makes sense for high-value vegetables such as salad greens and herbs like basil but the kind of greens that our local markets demand are quite low-value,” said Manda Foo, principal personal secretary to the director of Bollywood Veggies, a Singaporean farm that runs educational tours as well as a farm-to-table restaurant.

For example, kailan (Chinese broccoli) and bokchoy (a type of Chinese cabbage) fetch $7 to $11 per kilogramme in markets, while kang kong (water spinach) is priced even lower, she told Al Jazeera. “Farmers don’t really need agritech to increase productivity for these crops, they can get by with low-cost solutions and still have good results,” she said.

As agritech boosts efficiency and reduces labour costs, food prices are expected to fall. Once farms are able to reduce their pesticide use through devices such as drones, consumers will also reap the benefits of better quality food. These long-term advantages have attracted venture capital (VC) investors to Southeast Asia’s market.

Shashvat Rai, a senior investment manager at Mumbai-based impact VC firm Aavishkaar, told Al Jazeera that the region could produce a $100m or $200m company in the next two to five years.

Aavishkaar is interested in Indonesia and Vietnam, with a particular focus on start-ups that target the relationship between farmers and buyers.

The company is also keen on investing in high-value farming technology such as hydroponics as well as businesses that provide direct linkages between producers and supermarkets.

“The beauty of all these models is the potential for massive replication,” said Rai. “Once a business clicks in a certain region, it can scale [up] extensively.”

For Southeast Asian agritech to really blossom, it requires more professionals from other areas, Rai noted. “Successful agritech ventures aren’t necessarily run by people in agriculture, they also include techies who have worked for companies like Amazon or Google and hold a product mindset.”